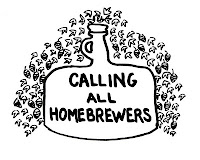 Oregon artist Eric Steen is going to be doing an art project in Glasgow during April, based around the beer and pub culture of the city.

His project blog is at http://glasgowbeerandpubproject.blogspot.com/. It looks like an intensive bit of work. There will be a series of events, called Pub School, every week in April followed by an installation at the gallery. All very interesting stuff:

The Pub School will be a weekly event series in April where the general public can learn about beer, take homebrewing demos, have samplings, learn about the history of it, and possibly even do some pub-crawls. I would love to get homebrewers involved in this by leading some of these demos and workshops. Then on April 30th, I am opening the Market Gallery Pub, which will be a one night installation that looks at homebrewing as an art form. The gallery will be turned into a functioning pub and I would like to feature a large menu of homebrewed beers…

Sounds like a lot of fun. Geoff from Hop Topic will be leading a homebrewing demonstration and the Williams Bros have agreed to recreate the most popular beer at the Market Gallery Pub at their brewery.

Eric is still looking for homebrewers to supply beer for the Market Gallery Pub. If you have spare beer, let him know.
Posted by Barm at 01:09 No comments: